UPDATE, 3:48 p.m., February 25, 2013: Good news! You don’t have to sit on pins and needles waiting for the Cherry Mobile Fusion Bolt’s release date. As confirmed via Cherry Mobile’s official Facebook page, the tablet will be available starting March 6.

As affordable as it is for a quad-core machine running Android Jelly Bean, the Cherry Mobile Fusion Bolt doesn’t score plenty of points for originality in the looks department. At first glance, it resembles just about every seven-incher out on the market with a bargain-basement tag price, thick bezels all around, and a mostly black, plastic form factor. That is, until you flip on its front and see its rear panel.

The rear boasts a rough, almost snakeskin-type look and feel to it. Frankly, we’ve never encountered anything quite like it—and that’s good because the textured surface hides imperfections and makes the tablet very easy to handle. The chassis doesn’t exude a high degree of style and sophistication; however, what it lacks in design, it makes up for in build quality and “grippability.”

Despite having relatively thin profiles, the Cherry Mobile Fusion Bolt is a bit on the heavy side for a 7-inch tab. To its credit, though, it is solidly made and feels sturdy in the right places. In fact, we dropped our unit twice (by accident, of course) during the making of our hands-on video and even after it hit the concrete floor from a height of three feet or so, it still looks and behaves perfectly, as though it just came out of the box. We found that our unit’s volume rocker was difficult to press at first, but with practice, we got the hang of using it soon enough. You’ll probably get used to it, too, after a while. But if that’s not reassuring enough, keep in mind that the Google Play store offers plenty of virtual ways (read: apps and widgets) to tinker with volume controls.

The Cherry Mobile Fusion Bolt comes with a mini-HDMI out and a microSD expansion slot—two things we love to see in tablets for reasons that have to do with HD videos and big-screened TVs and monitors. There’s also a microUSB port for charging via the included USB cable.

The speaker on the rear side isn’t in the most ideal location, but all you need to know about it is this: It’s capable of pumping out above-average loudness. That’s nice to hear, especially if you’re planning on using it to catch up on your favorite shows while in transit.

You’ll be happy to know that the device supports select 3G modems and can access USB thumb drives using a microUSB on-the-go cable. Take note, though, that our unit did not come with an OTG cable, so we had to get it by other means. Let’s hope that Cherry Mobile includes one in the standard package when the tablet ships to stores in March.

We all know majority of tablets struggle with camera performance, and the Cherry Mobile Fusion Bolt is no exception. If we had to nitpick, the 2-megapixel and VGA rear- and front-facing cameras produce so-so results across a variety of lighting conditions. In general, photos and footage appear blurry and are consistently lacking in detail. Then again, that’s to be expected, given the low megapixel count and lack of flash.

It bears noting that the 2-megapixel camera placement on the upper-left corner of the tab’s rear frame is a little awkward; it takes a while to adjust to, no matter which orientation you use.

On the bright side, both main and secondary sensors are quick to snap photos and seem to do a decent job of capturing more light than the usual tablet module, resulting in outputs that are comparatively brighter.

And while it may not seem to matter much on paper, having better optics can mean the difference in video calling, as in this case in which you don’t have to rely on good lighting as much when using Skype and similar apps.

To get an idea of the quality of the Cherry Mobile Fusion Bolt’s cameras, check out the sample photos taken with the tablet below.

#3 (taken with the VGA front camera)

At this point, seeing that the Cherry Mobile Fusion Bolt has a lot in common with the quad-core value champ that is the Google Nexus 7, the comparisons between the two were tough to avoid.

Before we go any further, however, let’s get the specifics out of the way: The former rocks a 7-inch touchscreen with a 1280 x 800 resolution, resulting in 216ppi pixel density. It features In-Plane Switching technology (IPS), meaning it consistently delivers crisp colors from most viewing angles, and can detect up to five fingers at a time, as shown via the Multi-Touch Test app.

The panel on the Cherry Mobile Fusion Bolt is really lovely for its size; colors generally appear warm and spot-on, which is surprising considering display quality is the common first casualty of lower prices. And after watching hours upon hours of 1080p videos and YouTube content on the device, we’d recommend it as your primary media player without hesitation.

As far as under-the-hood credentials is concerned, the Cherry Mobile Fusion Bolt’s quad-core Actions Semiconductor ATM7025 chipset, which is actually based on ARM’s Cortex-A5 architecture, takes center stage. And while the big talking point about this model is obvious, the rest of the silicon is no slouch either: Android Jelly Bean; Vivante GC1000+ graphics; 1GB of RAM; 8GB of built-in storage with microSD expansion, to boot; and a 4000mAh battery.

Noticeably missing is GPS and Bluetooth connectivity, which means it’s a no for accurate positioning information and Bluetooth pairing with wireless headsets and PlayStation 3 controllers.

The Cherry Mobile Fusion Bolt already runs Android Jelly Bean (version 4.1) from the get-go and uses Cherry Mobile’s custom overlay as its main interface. We won’t give you the rundown of Jelly Bean improvements, but suffice to say it is, by far, the best iteration of Google’s mobile platform yet—and it shows on this seven-incher.

To be clear, we’re not talking about stuff like smoother on-screen transitions and shorter loading times, though installing a few apps is definitely one way to improve overall responsiveness. (Our vote goes to Nova Launcher Prime, Swiftkey, and our favorite CPU governor, SetCPU.) Rather, we’re pleased at how rarely we encounter app crashes when running multiple applications simultaneously and that Google Now acts the way it should act during the testing.

As expected, the device holds a mixed bag of preinstalled software, which includes Facebook, Twitter, Instagram, MX Player, and ES File Explorer, among others. You’d be glad to know that our unit is rooted by default, so hopefully, that will remain true once the Fusion Bolt officially goes on sale.

For those not in the know, gaining root access allows those who are brave enough—or desperate enough—to completely customize their devices with modified ROMs and kernels. So, say your two-year-old Android is still stuck on Android Gingerbread or (gasp!) older, with no silver lining in sight, you can root it to install newer (but unofficial) Android iterations. But that’s for another post.

Anyway, the point here is that if indeed this Cherry Mobile ships pre-rooted, the possibilities may be endless provided Android tinkerers wholeheartedly support it.

So here’s where it gets decidedly interesting. Seeing that this Cherry Mobile is fitted with a quad-core processor, you’d be forgiven for thinking it puts every other machine with dual-core power and less in the rear-view mirror. It’s true for today’s flagship models after all, right? Well, apparently, an exception to the norm exists… and you’re looking at it. Oddly enough, it doesn’t stack well against its four-core contemporaries from Google and Samsung. It’s not even close.

And although graphics-intensive Google Play store titles such as Temple Run 2, Real Football 2013, and Shadowgun: DeadZone are playable, the frame rates never go as high as you’d like them to be for something housing four times the number of CPU cores of most budget Androids.

Even more disheartening is the fact that the eye tests coincide with the benchmark scores. And although synthetic tests never tell the whole story, the Cherry Mobile Fusion Bolt’s underwhelming numbers across the board might be a cause of concern to some parties.

Don’t get us wrong, though. We don’t take issue with its hardware performance. On the contrary, we think it operates more fluidly than majority of dual-core tablets we’ve played with—and that’s already a victory in itself. Besides, actual impressions and sub-par benchmarks wouldn’t keep us from giving the machine a thumbs up. Still, it does bother us a bit that it struggles to meet our admittedly lofty expectations.

In our battery rundown test—where we play a 1080p video in a continuous loop with the screen at half brightness, WiFi switched on, and our personal email syncing in the background—the non-user replaceable 4000mAh battery clocked in roughly 5 hours and 30 minutes.

To put that into context: The battery life of this model is more than enough to keep us pacified on a lengthy bus ride from Manila to Baguio. With moderate usage, the device should hold up for a day on a full charge.

The new Cherry Mobile Fusion Bolt is indeed a curious seven-incher that’s chock-full of surprises. On one hand, yes, it’s not your usual quad-core offering, as it doesn’t eke out a snappy performance without some tweaking and third-party assistance.

But here’s the thing: The tablet has plenty more going on under the hood, including a well-crafted body featuring mini-HDMI output and microUSB OTG support and a sharp, vibrant 7-inch HD IPS panel, not to mention 1GB of RAM. All this while having an “Are you effing kidding me?” suggested retail price of P3,999.

In all honesty, we’re more than willing to overlook the former and focus on the latter instead. Three words: value for money. Looking at the current Android landscape, there’s nothing in it that shares the same silicon and price as the Cherry Mobile Fusion Bolt. Of course, if it were priced twice as much, we’d be singing a different tune, but we all know that’s not the case here.

Actually, it’s quite the opposite: We reckon this Android Jelly Bean variant will sell in record numbers despite falling short of our quad-core expectations. After all, it still has way more to offer than the similarly priced competition. Hardware performance notwithstanding, this is without question the tablet to beat at this price point.

It’s one thing to be occasionally aggressive on prices, but it’s downright mind-boggling when a company makes us rethink how we value consumer electronics time and again. For our sake, let’s hope Cherry Mobile continues to baffle us in the coming months at the expense of higher profits. 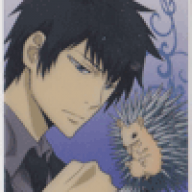 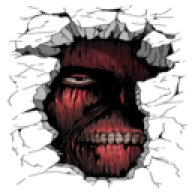 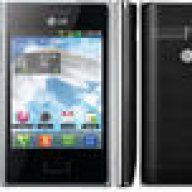 yes pwede via usb on the go 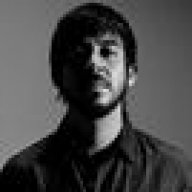 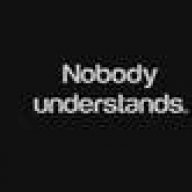 pero other than gaming, go for bolt. 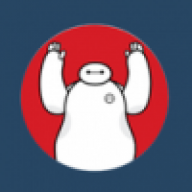 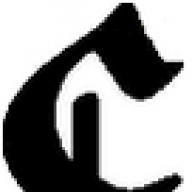 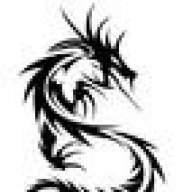 Are you ready for tomorrow's #FusionMania?

Poem The Beauty of Life

Poem The Illusion of Self