DeFi HEX - is the first high-yield Blockchain Certificate of Deposit 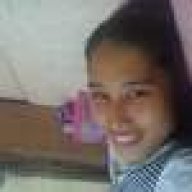 HEX (originally known as BitcoinHEX, later hex.win and finally HEX.COM) was founded by Richard Heart. After multiple years of building & optimizing the game theory, HEX was released on December 2nd, 2019 with a one-year-long launch phase. Bitcoin holders were able to claim HEX for free or transform ETH into HEX with the Adoption Amplifier (AA). There also was a 1-tier referral program to onboard as many users as possible. Over 300,000 BTC, worth tens of billions of USD, in over 30,000 different addresses, minted their own HEX using the smart contract.

The last day of the launch phase was known as the BigPayDay; where all unclaimed HEX were distributed to the Staker class. The claim phase, AA & referral program ended on that day. Now HEX is a lot simpler: you can send & Stake it with the smart contract function, known as the base layer.

All of the distribution processes were designed to give the strongest believers the most HEX so that they can hold the price up in the future. So far this worked out great: HEX operates perfectly without a single bug, even throughout the complex launch phase.

Because of HEX’s aggressive marketing philosophy, almost everyone in the cryptocurrency space called HEX a scam. After the first 2 years of flawless operation with a 10,000x increase in price the first "crypto experts" are beginning to like HEX.

CDs, known as Certificates of Deposit or Time Deposits, are worth Trillions of dollars. CDs are worth more than gold, credit card companies and cash. CDs pay higher interest than savings accounts, requiring money to be deposited for a fixed time.

Banks profit on poor customer service, early withdrawal fees and auto-renewing you at worse rates. They pay pitifully low interest. New money is printed all the time, making yours less valuable. HEX monetizes the time value of money in a totally new and better way. It takes the concept of CDs to the next level: HEX replaces inefficient currencies, banks and payment networks with verifiably secure peer-to-peer technology.

In HEX, you're the bank. The more you learn about it, the more you'll love it. or you can visit https://hex.com for more information
HEX staking 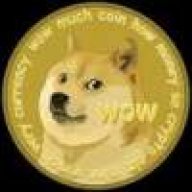 Ayos yan bro. Thanks for sharing
You must log in or register to reply here.

Others What Men Live By

Essay You had me at hello.